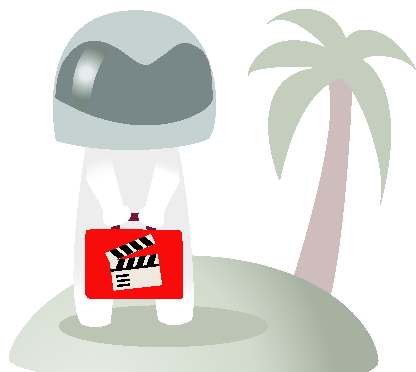 The following guide was compiled from the observations expressed by the members of the Jury of the BMB and the organizers about the films in competition, plus a number of tips for neo-filmmaker that we allowed ourselves to dispense with both hands. Of course this is not the perfect director manual and opinions expressed herein are not absolute truths, but we believe they are at least worthy of consideration. We recommend reading this guide to all, beginners and veterans.

Making a film costs a lot, both in terms of labor and money. A commercial film on a low budget costs a few million euro, one considered “zero budget” can attest on the two-three hundred thousand euro. And it is still a film full of realization limits. When your budget does not exceed one hundred euro technical limits become seemingly insurmountable; on the other hand we are in a situation of absolute artistic freedom: no one tells you what to do. So while looking for a producer willing to drive out millions of euro for a real movie, why not to make a movie as a game, forgetting about these limits? Mind you: playing to make a movie is serious stuff, not an extemporaneous activity. Peter Jackson made his debut with a splatter movie (Bad Taste) with some friends and a 16mm Bolex, Sam Raimi has found a producer for The Evil Dead creating a home run. Americans have coined a term for works created with this in mind, and it’s called trash .

We like to think that this term – literally “junk” – refers to the fact that these are works created by recycling everything that is discarded by the industry,  not the place where those movies should go. Also trash (a term that we use here with this meaning  – not to indicate kitsch phenomena) does not mean unwatchable crap. The equation “more money = better film” is not obvious, Michael Bay and JJ Abrams have proved absurdly making unwatchable films with huge budgets and super actors, and for this we thank them. Moreover, the ability to overcome their limitations is characteristic and reason of pride to trash authors. Technical limitations can often be overcome with a little imagination and ingenuity: in April 25  (presented in the first edition of BMB) the author Luciano Merighi told about an alien attack in Independence Day style , showing an attack by policemen on board airships against a giant flying saucer, and the only actor / director / operator was himself, rolling with a video camera mounted on a tripod. The Damned, winner of the Kerowa Prize and Tomato Award at BMB in 2005, told an epic clash between Stalin, Hitler and the Pope, and in the end came none other than Jesus Christ. In both cases a very strong dose of humor was essential.

Do not forget that we are playing (at least until the phone will ring and a billionaire producer will propose us a contract and a mansion in Beverly Hills), and when you play – so do children – you should be aware of what you are doing. A child playing at war killing a peer would be interned, as it would be interned a filmmaker who claim to redo Shining with a video camera and his sister as the protagonist. It is useless for us to tell: a film can hardly arouse complex emotions such as fear, pain and tension if it is not made in a more than perfect way, and if not, it is invariably ridiculous or – worse – boring. The humor is rather an integral part and strength of trash, is irony that reminds us that everything is just a game, it is the ally of the poor filmmaker and the spring that pushes the audience to fill the BMB room. Above all, it is one thing that billionaires film can no longer afford.
So why don’t take this advantage?